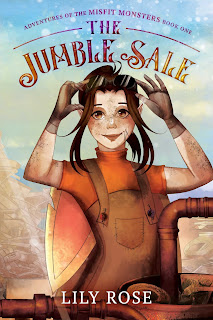 Today I am delighted to welcome Lily Rose to Cat and Mouse Reading to talk about her latest book, The Jumble Sale which is a Middle Grade fantasy novel aimed at 10-12 year old readers.

Zadi is part zombie, part fairy with a little bit of robot, which makes her a misfit monster. She lives with other misfit monsters, with their quirky parts in their makeshift town. They survive by hunting at the nearby hunting grounds taking items discarded by humans and making them into something useful. Hunting is risky because they could be captured by humans. Zadi is an excellent hunter and maker, but now she’s finding it difficult.


Something unusual has happened. There have been no new deliveries to the hunting grounds. This means there are no new items which can be used to recycle into something useful, and they are beginning to worry and fight with each other.


Can Zadi come up with a plan which will help the misfit monsters and bring them together as a community?


Enter the world of the misfit monsters, their quirky lives, and be part of their fun and adventures.

Steampunk Influence on The Jumble Sale 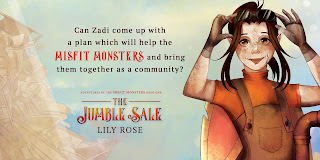 One of the genres I love to write is steampunk. I find it a lot of fun, and I can let my imagination run free and wild. My love of steampunk goes further than just writing in that genre. It all started when I was a little girl. When growing up one of the books I was fascinated with was, 20,000 Leagues under the Sea by Jules Verne. It captured my imagination, hook, line and sinker. Even as an adult I still love this book, and the underwater adventure that comes with travelling in a submarine. It’s a venture into the unknown, to see what skills you have with whatever crosses your path. It reflects the Victorian era of the time, where science was beginning to reveal some of life’s mysteries, and knowledge was gaining roots in scientific thought, and medicine and technology were beginning to take form.

Traditionally, steampunk was set in the Victorian Era, the technology powered by steam (not electricity) and the main character goes against the conventions of society to evoke change (punk). Steampunk is now so much more than this. It has evolved a lot since the first books in the late 1800s, and perhaps more so in recent years. It’s not confined to the Victorian Era, it can be futuristic, and steam isn’t necessarily what powers technology. It’s become more about the ideals, of using what’s available to survive and to work towards a greater good in society. 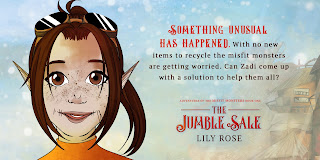 After attending a steampunk festival in my local town last year, I could see the Victorian, steam, and punk influences, but it was so much more. At the festival, I noticed that various artists were using discarded items, upcycling them into something useful or artistic. One of the artists had melted old damaged records and formed beautiful roses, the stems old paint brushes. I like this approach. It’s a blend of creativity and logical thinking. It’s also fun. People also did this with the costumes, using what was at hand to make stunning outfits. In a world where it’s so easy to buy something new, or even second hand, and to discard things to end up in over flowing rubbish dumps, this could be a way of reducing waste. I also think this is a skill which will become more prevalent in the future.

The Jumble Sale has a steampunk feel. The misfit monsters, who are made up of different monsters, and sometimes technology, are creative in how they interact with their environment, and how they use what’s available to them in order to survive. The misfit monsters rely on the discarded items from humans to survive. They upcycle, reform, and remake these items into something useful for themselves. For the misfit monsters, it is a problem if there’s no new deliveries to the dump, because they’ve hunted through all the discarded items and taken anything that might be of use. This is what happens in The Jumble Sale. They are worried how they are going to mend and make the things that they need. This raises the tension in their community, so they fight between themselves. It is up to Zadi, who is part zombie, part fairy, with a little bit of robot, to think of a solution to this problem, and to bring the community together. And her solution is very creative and logical! 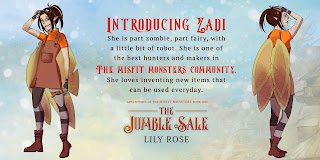 Cat and Mouse say: Thank you for dropping by Lily Rose!

Lily Rose enjoys world building and creating characters for these unusual worlds. She enjoyed creating the misfit monsters world, and is looking forward to writing more of their adventures.

Thanks to |Lily Rose and Rachel of Rachel's Random Resources for a place on the tour.

Check out the rest of the tour! 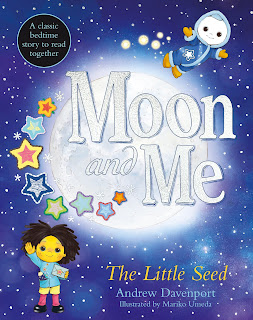 Moon and Me: The Little Seed by Andrew Davenport #Book Review #Giveaway #ScholasticUK

Pamela
I have always been a bookworm but also like the theatre, delving into my family tree and the very english habit of tea drinking.